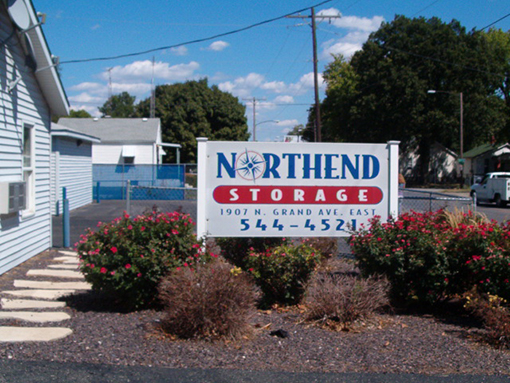 NorthEnd Storage strives to provide competitive and affordable self-storage that is convenient to our customers – and accessible 24 hrs per day, 365 days per year.

NorthEnd Storage is locally owned and operated by NESix, Inc, a group of six Springfield Illinois northenders who in the late 1990’s embarked on an opportunity to start their own business.  The skills of these six grade-school friends were diverse and would lead to the synergy required for a successful business in today’s fast-paced world:  business, real estate, construction, finance, engineering and computers.   The project was primarily a weekend and evening project beginning with two 180-foot buildings on property consisting of approximately 3 acres that had been purchased by the two founding members.

The official opening of NorthEnd Storage was January 1999.  An older homestead on the front of the property served as both a single-family rental property as well as the NorthEnd Storage office for the first few years.

As the buildings began to fill, the business continued to grow with approximately 2 new buildings being added each year.  This also included the demolition of the rental home to facilitate the construction of the current office space conveniently located just a few steps off of North Grand Avenue’s curb.

With current available land tapped out with the recent expansion of the office, buildings A, B & C, and an ATM (since removed), NESix, Inc. looked to some adjacent vacant property just west for potential expansion.  In Fall 2005, NESix, Inc.  purchased the adjoining 2 acres from the neighboring Taco Gringo business and continued to build on weekends and evenings.